A pretty funny back and forth bantering took place on twitter today between the NY MTA and LA Metro accounts. In my opinion LA Metro won the exchange hands down with hilarious wit and low blow videos. Hey, all is fair in love and twitter wars.

You got us on the numbers, @MTA. Assuming your riders remember how transit works. pic.twitter.com/rpYc9JjGNZ

.@metrolosangeles shld know better than to glorify unsafe acts. We just want to collect on the bet. NYers, what LA food should they put up? 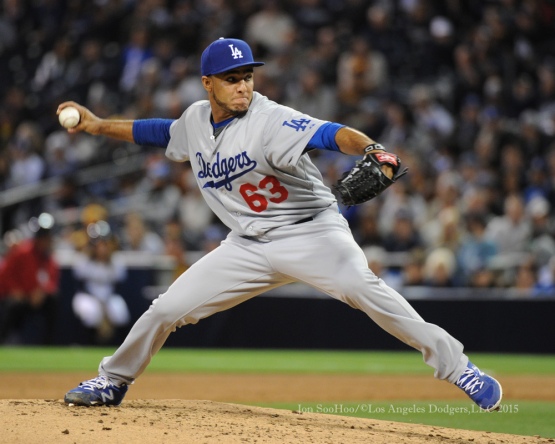 The Dodgers have been a team under a watchful eye for a couple of years now. They’re a team that over the last few years have changed owners, GMs, and players. Last season the bullpen had come under scrutiny and the starting pitching was let down by them all of the 2014 regular season. This caused the Dodgers to do a major overhaul on the bullpen this last offseason.

Turn to the 2015 season and it seems the team has flipped over. Now I know three weeks into the season that you can’t take stats too seriously but certain things do have to be a concern. It seems that roles have been reversed and things you wouldn’t expect of the team have come to fruition. This early in the season it has been the bullpen and hitting that have led the Dodgers into first place and not the starting pitching, which has served the team well in the past.

In fact if you look at the Dodgers’ starting pitching there are two surprising stats that stand out above all others. The first is that every Dodger’s starter, with the exception of Zack Greinke, has an ERA over 4.00. The second is that, combined, Dodgers starters have a MLB worst HR/FB ratio of 14.5%. The reason the HR/FB ratio is so surprising is that of all of the games the Dodgers have played so far have been in PETCO Park, AT&T Park, Chase Field, and of course Dodger Stadium. None of which are known as home run friendly ballparks to say the least.

The bullpen this season has turned a page and instead of letting the starting pitching down, they have actually picked them up. While they may have struggled in the three game series against the Giants, the Dodgers bullpen has been steady for the most part. In fact they lead MLB with a combined WAR of 1.6 and a combined K/9 of 11.44. Yimi Garcia has been amazing as a new comer to the team ranking sixth for K/9 with 15.19 K/9 rating.

On the other side of the field, the hitting has been spectacular, ranking second in the MLB with 6.0 WAR, First place ranking .363 wOBA, and 136 wRC+. Add a tenth-best 5.7 defensive rating and you have a team poised to run the NL into the ground. If the starting pitching that can match the rest of the team’s production, you could finally have a team poised to win the World Series.

“Who in the world am I? Ah, that's the great puzzle.” ― Lewis Carroll

WITHIN ARE PIECES OF ME

9 Inning Know It All

Bringing Baseball to the fan from the fan

I grew up a Yankee fan, I favor Pitchers whenever possible, I am a stathead, and my dream job is to be a GM for an MLB franchise. In the summer, I go to MLB games and catch baseballs. In the winter, I write about what teams are doing to get better or worse. I try to be positive and unbiased in my writing, but that isn't always possible when evaluating teams truthfully.

A big fan of the game of baseball itself, who just happens to have no favorite team.

A place for long-suffering Dodger fans to talk it out

The latest news on WordPress.com and the WordPress community.